Is the “Good Girl” syndrome ruling your life? 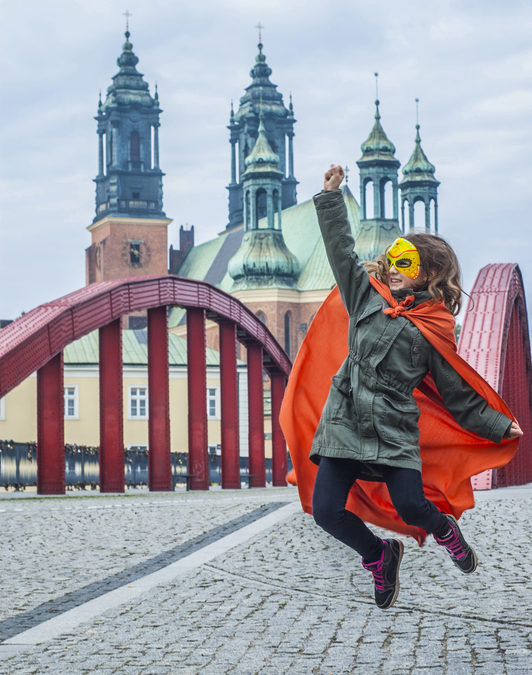 Not too long ago, I found myself trapped in the story of other people’s expectations.

Sitting in my office on a cold December day, I tried to focus on getting a report finished so I could go home early. I was about to turn 60, and my partner had planned a celebration at my favorite restaurant. The problem was, I did not feel like celebrating. I felt unfulfilled, unappreciated, and dissatistifed with my life.

On the surface, I appeared to have it all. I had a wonderful relationship and a beautiful home on the Chesapeake Bay. I had a career I loved teaching law at a social justice law school. Everything was looking rosy until I made one big mistake – I ignored my intuition and accepted a promotion to an administrative position that I knew in my heart was wrong for me.

I did it for the wrong reasons, and I paid the price. I stayed stuck in that mindset of pleasing other people, ignoring the voice of my heart for four long years. I was working more hours than ever solving other people’s problems and meeting their priorities. I missed nurturing students and helping them grow professionally. There was no room left for my intellect, creativity, or passion for social justice. I was exhausted, stressed out, and overwhelmed. Worse yet, I felt like I had lost touch with everything I used to love about my job.

Only when the crisis reached serious proportions did I realize how far off my true path I’d allowed myself to go. Only when my health began to decline and my inner voice had become unbearable did I begin to take action to correct course.

When I was sitting in my office ruminating on where I had gone wrong, I realized that I had let other people’s expectations lead me to a bad decision.

We put other people’s needs and priorities above our own. We lose touch with what really matters. We give up our hopes and dreams to make everybody happy. We work twice as hard and try to juggle it all when what we really want is more freedom, relaxation, and joy in our lives.

But this inevitably leads to failure. It is unsustainable. We end up exhausted and depleted. Finally we reach a turning point where we realize that something has to change or we are in danger of losing ourselves completely.

Whose story are we living?

The “good girl” story is probably a bit of all three. It is a popular theme in patriarchal cultures, passed down from generation to generation by parents who do not question the norms and values they have been taught by their ancestors. As children, we internalize these stories until they become background voices in our heads, murmuring to us every time we have to make a choice about what we should do. They become internalized beliefs that rule our choices, even if we secretly wish we could choose a different course.

The problem with default behaviors is that they can’t be changed simply by trying to think differently. If they could, many women would have broken free of their “good girl” personas a long time ago.

Awareness and affirmations can be useful tools, but it takes more than that to change our neural pathways. We need an alternative vision for what is possible. We need to take control of our own life stories.

Envisioning our lives as a “shero’s journey”

Imagine what could happen if we stepped into our power to be the creators of our own life story, with us as the starring character? Instead of spending most of our time and energy pleasing other people. we could be living our own adventure, meeting life on our own terms.

Young boys have been trained to do this for years. They see themselves represented as heroes in classic superhero movies like Superman and Batman, adventure stories like Harry Potter and Luke Skywalker, and television series starring rugged cops and secret agents.

Until recently, young girls did not have the same leading roles. Heroines were relegated to second-class citizens as princesses or damsels in distress waiting to be rescued by a knight in shining armor. Or they became evil witches and jealous queens, using their powers to cast spells on innocent maidens.

With the arrival of movies like Mulan and Frozen, young girls were finally cast in leading roles. But they were still caught up in cultural stereotypes. Mulan had all the masculine strengths and courage of traditional heroes, but she had to pretend to be a boy to fight in the royal army. Queen Elsa was feared as an evil witch when she accidentally used her power to turn her kingdom into an icy infinite winter.

Both Mulan and Elsa were heroines, but they were still trapped by the “good girl” syndrome. Mulan felt the need to get permission from her father before she was free to join the Royal Guard. Elsa had to tame her powers to be more acceptable to the people of her kingdom.

It was not until the release of Wonder Woman (2017) that a fully empowered female superhero took a leading role in a popular movie. Princess Diana had all the strength, courage, and power of a traditional hero. She was trained in the art of war, and wielded secret weapons to vanquish her enemy, the War God Ares. But she was also fully empowered in the feminine arts of love, compassion, and intuition.

Becoming the sheroes of our own stories

The truth is, the only power we have in life is to choose our own path. We can’t change other people. We can’t make them love us or value us or treat us with respect. But we can love, value, and respect ourselves, and live according to our own values.

That does not mean we no longer care about other people’s feelings. But it may mean letting go of relationships where we are not seen and appreciated for who we really are. We are on this planet for such a short time, there is no time to waste living up to other people’s expectations.

As Helen Keller once famously said, “Life is an adventure or nothing at all.” When you step into your power as shero of your own life story, you put yourself on an adventure into the unknown. Your journey becomes a path to self-discovery and personal growth. It may be challenging, but it is the only road to freedom and satisfaction.

Are you ready to become the Shero of your own life?

Join the Shero Sisterhood, where we share stories and encourage one another on the adventure of the Shero’s Journey.