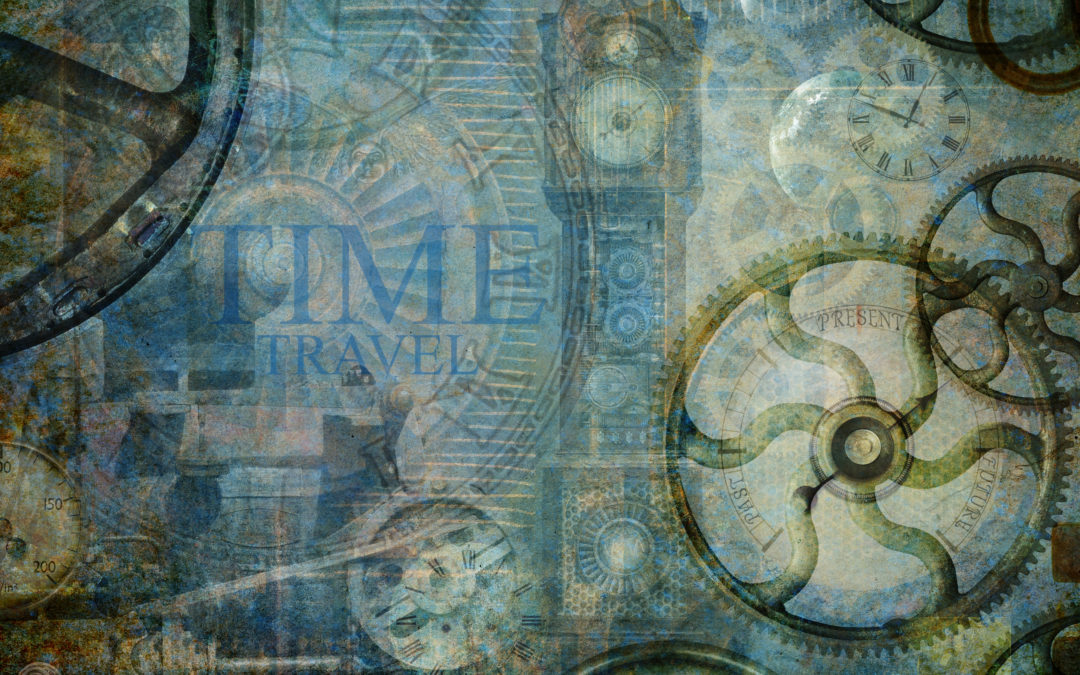 What causes our deep human fascination with traveling to another place and time? That is the question that was on my mind as I read Amy Harmon’s historical novel What the Wind Knows, in which the heroine travels back in time and place from New York City in the early 2000’s to the tumultuous Ireland of the 1920’s.

As a shy kid growing up in the 1960’s, books were my gateway to a world of adventure. I loved books Madeleine L’Engle’s A Wrinkle in Time, which transported me to a far away planet as I helped Meg Murry try to rescue her her scientist father from the evil forces that held him prisoner.

Twenty years later, I was just as fascinated by the sci-fi movie Back to the Future. I watched breathlessly as Marty McFly drove the DeLorean time machine invented by his eccentric friend Doc Brown back to 1955 to make sure his teenage parents-to-be met and fell in love, then raced against the clock to save Doc Brown’s life in 1980.

But time travel is not only fascinating for kids. From The Time Traveler’s Wife to The Terminator to Bill and Ted’s Excellent Adventure, there is a movie to suit just about any age group and genre.

“Imagination is the eye of the soul.” ~ Joseph Joubert

What the Wind Knows not only transports the reader back in time. It holds a mirror up to the choices we all face as humans — what do we value most in life, and what are we willing to sacrifice to get it?

The plot is a typical combination of history and romance. Heartbroken by the death of her grandfather, Anne Gallagher travels to Ireland to scatter his ashes in the Lough Gill, a freshwater lake in his hometown of Garvagh Glebe. Anne grew up enchanted by her grandfather’s stories of Ireland, and even learned to quote Yeats and speak with a Irish brogue. These skills served her well when she was rescued from the lake and found herself in a bygone era when her grandfather Eion Gallagher was just a young child being raised by his father’s best friend, Doctor Thomas Smith.

It goes without saying that Anne falls in love with her kind and wealthy rescuer, who mistakes her for Eion’s mother Annie Gallagher.  Annie and her husband Declan had been presumed dead in a tragic fire in the struggle for Ireland’s independence. Anne adopts Annie’s identity until she can figure out how to get out of her predicament, but soon finds herself pregnant and longing for the home and family she never had in New York.

The plot thickens when Anne is reluctantly drawn into the political strife and personal danger as certain elements of the IRA doubt her identity. In one dramatic scene, she tries to save the life of renowned independence leader Michael Collins. To do so, she must confess her true identity to Thomas to make him understand her uncanny  ability to predict the future.

After much confusion and many tangled plot lines, Thomas decides to believe Anne’s story and asks her to stay in in Ireland and marry him. She has to choose whether to return to her life as a famous, wealthy writer in 21st Century New York or to start a new life in 1920’s Ireland.

Without revealing the outcome, let’s just say that Anne is confronted with a mirror to her soul, a choice between following her heart and following her head. The choice she makes will affect not only her own life, but possibly the fate of Ireland itself.

“People like us, who believe in physics, know that the distinction between past, present and future is only a stubbornly persistent illusion.” ~ Albert Einstein

Many books and movies reveal a hero’s true character, but time travel gives us a unique opportunity to imagine who we really are without being bound by current choices, obligations, and relationships. When I was in college, I fantasized about living on the Left Bank of Paris during the 1920’s.

I had read Gertrude Stein’s quasi-memoir The Autobiography of Alice B. Toklas and felt the mesmerizing pull of knocking at the door to 27 rue de Fleuris to attend the famous Saturday night Stein salon. There I would engage in intoxicating conversation with the likes of Pablo Picasso, Ernest Hemingway, and of course Stein herself.

Despite my romanticized notions of what it meant to live a life of art and culture, my fantasies did reveal some deeper truths about who I was meant to be in the world. I shared Stein’s progressive views, love of language, and romantic attraction to women. I thought sure I would grow up to be a writer or a dancer. And when the reality of being financially responsible for myself took my life in a different direction, I gave up a little bit of my soul.

“Go confidently in the direction of your dreams! Live the life you’ve imagined. As you simplify your life, the laws of the universe will be simpler.” ~ Henry David Thoreau

Faced with the freedom from reality that fantasies about time travel provide, we have the opportunity to take a fresh look at what we really value in life. Anne got to decide between her old life of fame and fortune, and a potential new life of love and family. I got to decide between my passion for writing and my need for financial stability and safety. Fortunately, in real life our choices are not set in stone, and there is always hope for a second chance.

So, I leave you with this question: if you could travel to any time or place in history, where would you go, and what would you find there that is missing from your life today? If you can imagine the answer to that question, now is the time to seize the opportunity to make a new and different choice. Your future self depends on it.

I am a retired law professor turned spiritual activist on a journey to enjoy life and leave the world just a little better than I found it. I am honored to be your guide on a Shero's Journey to a more authentic, powerful life. As a transformational coach and retreat leader, I create a space where women can share their life stories, reconnect with their dreams, and create a vision for their next adventure.